No 8 Quanxiu is located in the downtown area of Quanzhou in Fujian Province. Quanzhou is a historic city surrounded by water and hills and is the starting point of the maritime silk route.

This bright and colorful city has its distinctive appearance due to its extensive foreign trade. A traditional view of the city includes thousands of ships in the ocean with their sails waving.

This site is at the intersection of traditional and contemporary culture. The north-south interface, the historic “Quanzhou wall,” captures the tradition of the city, while the east-west side is a dynamic channel for youthful energy and the new silk route. The five different black and gray elements of the façade represent the north-south “Quanzhou wall” described through our interpretation of a traditional Chinese ink wash painting of Quanzhou. The elements mirror the image of a thousand sails in the sea. The large screen facing north-west reflects the vibrant contemporary energy of the city and looks forward to a technologically advanced future. 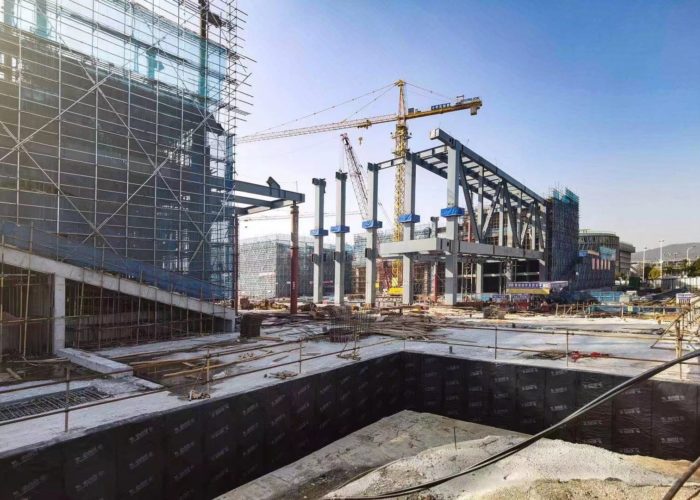 Yangtze River Water Navigation Bureau Headquarters Nanjing, ChinaThe Yangtze Water Bureau project located in Jiangbei New District, is, appropriately, not far from the Yangtze river to the East. The project is in fact an adaptive re-use project, a rarity in current development domains, utilizing an existing core concrete structure for one tower, and proposing a phased development of the site, of which […]View More + Ohio State University South Campus Chiller Plant Columbus, OhioThe Ohio State University South Campus Chiller Plant is an iconic marker at a major entry into campus. It provides a long-term, efficient, and sustainable solution for chilled water production and distribution. Conceived of as a “House for Energy,” the LEED Silver certified building has an envelope that showcases the efficient chiller equipment inside and […]View More + 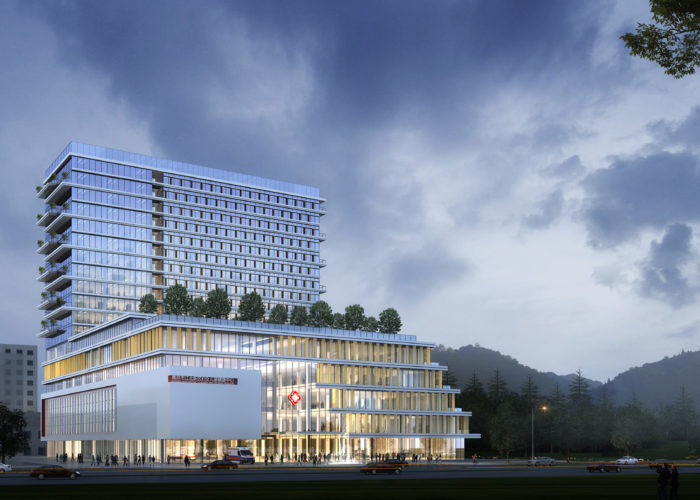 Jiangbei Women’s And Children’s Pavilion Jiangbei, ChinaJiangbei Womens & Childrens Hospital Pavilion is part of an existing hospital campus which is located in the expanding Jiangbei New District, adjacent to Taizishan Park and within 3.5 Kilometers of Pingdingshan Park. Its primary orientation is toward Xinhua Road, a picturesque tree lined boulevard serving as an arterial street in the New District. This […]View More + 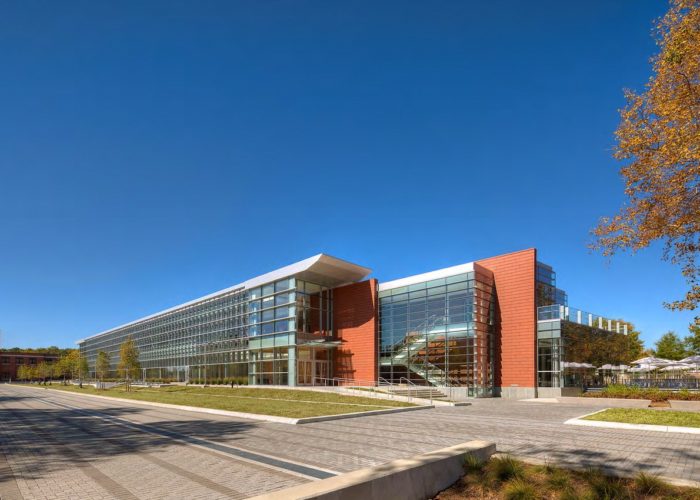