The Yangtze Water Bureau project located in Jiangbei New District, is, appropriately, not far from the Yangtze river to the East. The project is in fact an adaptive re-use project, a rarity in current development domains, utilizing an existing core concrete structure for one tower, and proposing a phased development of the site, of which the subsequent twin towers will eventually house the Yangtze Navigation Bureau Headquarters. The project makes extensive reference to the kinetic and visual effects of water: wave, river, waterfall and the sparkling phenomenon of water refracting sunlight. Exterior envelope systems employ linear shading elements to create a dynamic tableau of movement in the building base. The towers are composed of elements that suggest the refractive sparkle of light on water, and neatly integrate lighting strategies that extend this reference. The towers all terminate in green, semi-enclosed roof garden environments that provide views of the surrounding mountains and the Yangtze River itself. The crystalline articulation of curtain wall elements in the towers resonates with the sparkling effect of sunlight on water, while the “flow lines” of the horizontal shading devices of the podium provides a counterpoint and contrast to the overall composition. 俄亥俄州立大学南校区冷却器厂 Columbus, OhioThe Ohio State University South Campus Chiller Plant is an iconic marker at a major entry into campus. It provides a long-term, efficient, and sustainable solution for chilled water production and distribution. Conceived of as a “House for Energy,” the LEED Silver certified building has an envelope that showcases the efficient chiller equipment inside and […]View More + 伊利诺伊州费米实验室加速器研究中心 伊利诺伊州巴达维亚The new Office Technical and Education Building (OTE) is the central facility in the new Illinois Accelerator Research Center (IARC) at the Fermi National Accelerator Laboratory. IARC’s purpose is to bring together private industry with Fermilab’s world leaders in accelerator science and technology to promote new growth in the industrialization of accelerator use. The IARC […]View More + 化学灯 中国江苏浦口The Chemical Light project is located in the Nanjing Biomedicine Valley R&D Zone, which is the key medical research and development campus of Jiangsu Province, China. The design of the complex is divided into three distinctive buildings to bring more light and nature into the design. Sky walk bridges along the top floors connect the […]View More + 詹姆斯·斯文森土木工程大楼 明尼苏达州德卢斯The design team started by asking, “What do they need to learn as engineers, and what forces do they need to control?” And in that spirit, the Civil Engineering building was designed to teach students about materials, how they go together, how they age, and how they express the forces inherent in any structure. The […]View More + 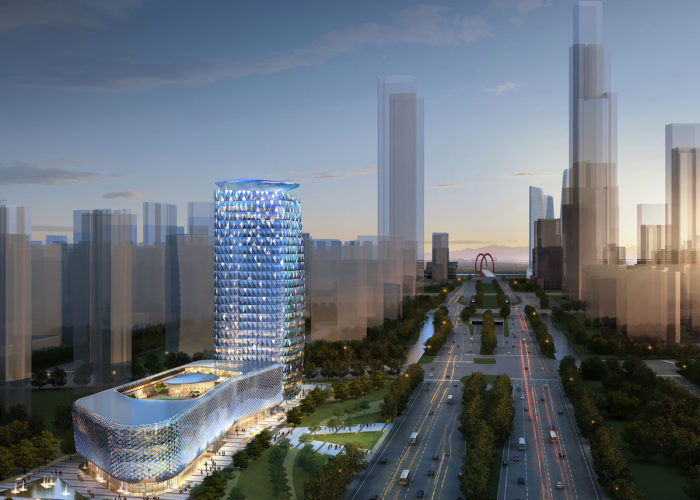